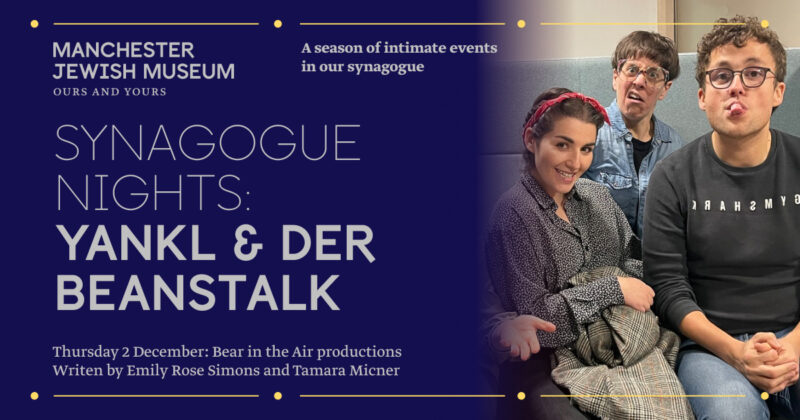 On Thursday 2 December Manchester Jewish Museum will be transported to the magical lands of Brick Lane and Hampstead with a bawdy and infectiously fun take on classic Yiddish pantomime ‘Yankl & Der Beanstalk’.

Eclectic artist collective Sam Ranger, Tamara Micner and Emily Rose, accompanied by a small troupe of colourful performers, will give an adult twist to the Yiddish Pantomime tradition with their riotous, raucous and irreverent pantomime-in-progress.

It tells the story of Yankl, a hapless pickle seller who lives with his mum off Brick Lane. One day Yankl swaps some pickles for some beans, climbs a beanstalk and ends up in… Hampstead!?

You can expect Yiddish translations of your favourite songs (Bohemian Rhapsody anyone?) and all the Panto traditions you could wish for as the troupe read scenes from their new script, perform a selection of musical numbers, and, of course, plenty of audience interaction!

Yankl & Der Beanstalk is part of the museum’s inaugural Synagogue Nights season of intimate events in their beautiful Grade II* listed Spanish and Portuguese synagogue. Continuing in to early 2022 with Israel world-jazz music artist Noga Ritter, this season brings the historic building to life with events that explore different Jewish identities and stories.

You can book tickets for Yankl & Der Beanstalk below. 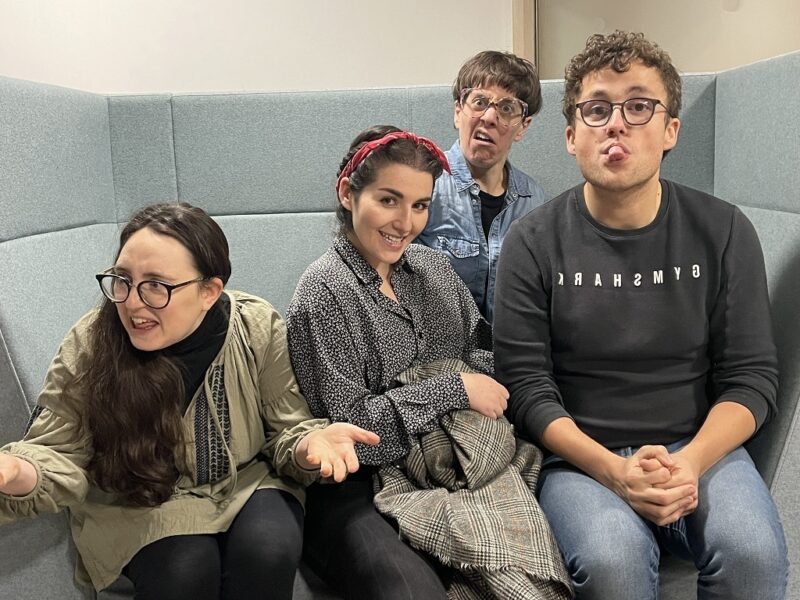 Yiddish Pantomimes (also called Haimisher pantomimes) became popular in Manchester’s Jewish communities after World War Two. They would take traditional English Pantomimes such as Aladdin, Cinderella and Jack in the Beanstalk and infuse them with Jewish characters and Yiddish language, songs and humour to give them a Jewish twist. In Manchester many of the Yiddish Pantomimes were written by local Jewish playwright Julius Emanuel.

Photos and programmes of Julius Emanuel’s pantomimes are stored in Manchester Jewish Museum’s collection including an oral history with the writer himself: “If you think about it, it’s quite an amusing idea to translate a typical English pantomime into a Jewish idiom… It became a tradition and I used to produce one every year. The first one was, ‘Cinderelly’, then there was ‘Alleddin and his Magic lamp’, ‘Babes in de vood’, ‘Mick Wittingstein’, ‘Humpty Dumpling’ and they were all in the Jewish idiom you see… It was quite amusing if you were Yiddish and English.” 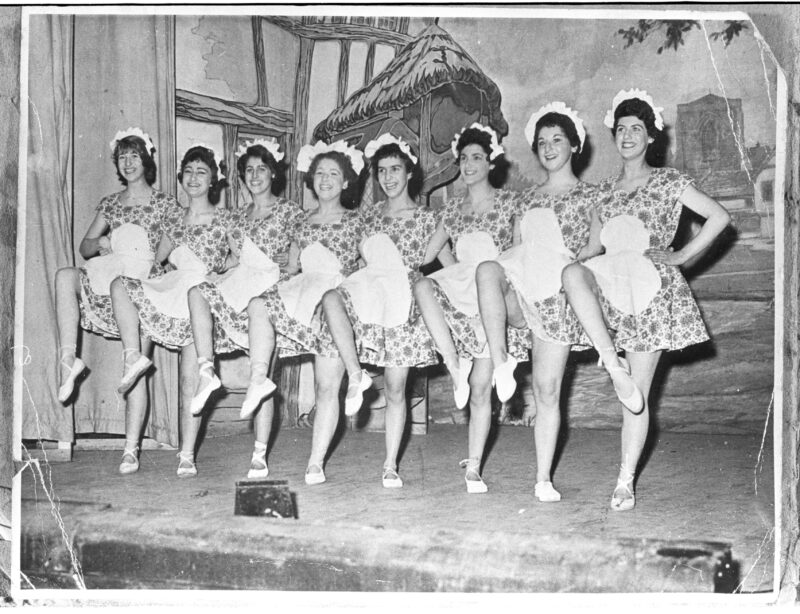 Hi Samuel, can you tell us how have you put your own spin on the Yiddish pantomime tradition?

I find pantomime works best when the story at the heart of it would stand alone as its own play. I also feel that there is no story too serious or deep to be “panto-fied”. It’s the stories that resonate with us and teach us something mixed in with the silliness are the ones that work the best.

When you look into stories like Jack and the Beanstalk and Cinderella they are quite profound and teach us how to move through life and to aspire to be ‘good and true’. This has been our aim from the start. To tackle issues like assimilation and the decline of the Yiddish language while singing popular songs and shouting ‘behind you’. This mixture of important topics and silliness makes them more accessible for all ages – much like a Disney film that can deal with the themes of Hamlet and make it resonate with both children and adults. So I guess our version of Yiddish pantomime is a tackling of important issues today in a silly, open and fun way. Entertaining the audience and getting them to think at the same time.

As an artist collective, there is a very strong LGBTQ+ representation. Is it important for you to celebrate Jewish heritage through LGBTQ identities?

I find a collaboration of as many voices as possible from as many different backgrounds, lived experiences, genders, beliefs and sexualities creates the most interesting and real work. We want to create a pantomime for everyone and therefore we need as many voices involved in the creation as possible. Everyone has different understandings of relationships, emotions and characters and that difference is essential to create real and engaging theatre. Then mixed with an open rehearsal room and the courage to speak your mind, you have the recipe for success.

As a group of different artists and performance makers, how do you all contribute and shape the piece?

The preparation for this evening has been hugely cooperative. As director I have set up many improvisations to develop the world of the show. I really enjoy doing this as it enables every performer to bring their own personality and lived experiences to the characters and the show. Bringing everything to life in a truthful way forming an engaging and real world. I find a rehearsal room which encourages people to improvise and speak their mind enables new ideas to form. Five heads truly are better than one.

What sort of experience can audiences expect from the evening?

We will read through some of the most important scenes in the show, and give a sense of the story and Yankl’s world. The scenes will be very interactive with audience participation highly encouraged. We will also sing through a couple of our songs and there’ll be a chance to discuss the panto-in-progress with us at the end. In short, the whole evening will be loud, outrageous and fun.

Yankl & Der Beanstalk will be performed on Thursday 2 December in our Grade II* Listed Synagogue. Book tickets using the button below or by calling 0161 834 9879.