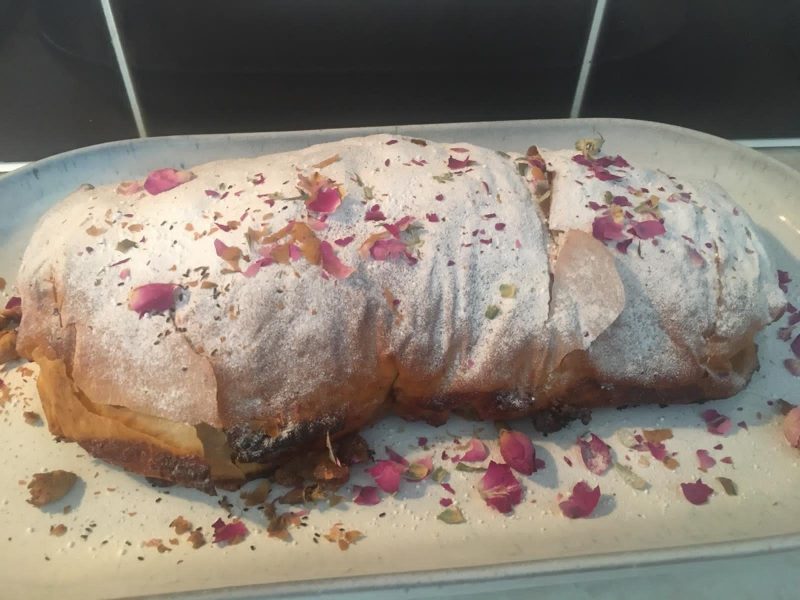 Each week throughout March the two museums responded to a baking challenge from our archives and the results went up on Twitter for the public to vote their winner. Our themes for the first three weeks were: Honey Cakes, Borekas and Jordan Cakes. You can see the winning entries below: 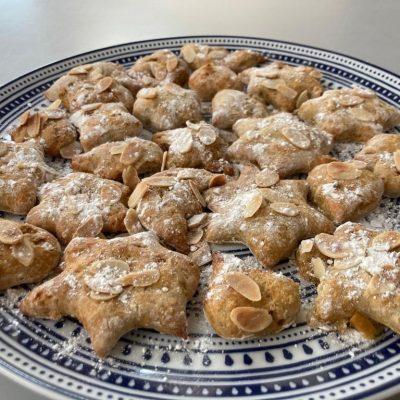 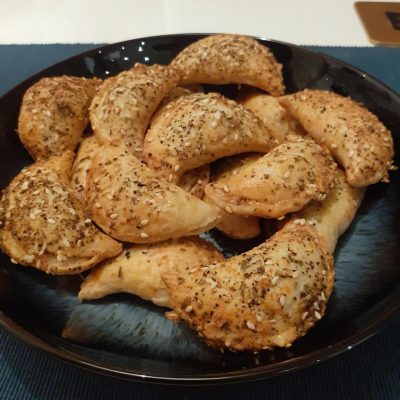 Week 2 winner: A draw with borekas 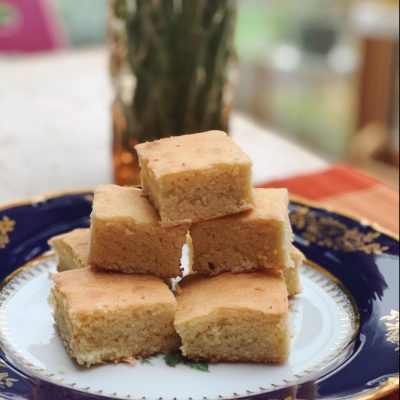 For our fourth and final week the theme was Strudel, inspired by stories in our collection of Clara Weingard’s extraordinary mother Tilly and her baking.

The winner was Lisa from Jewish Museum London, and rightfully so after her rose petal garnished apple strudel (pictured at the top). However we are also very proud of our own delicious entries baked by Rachel, our new Head of Commercial Operations – see below. 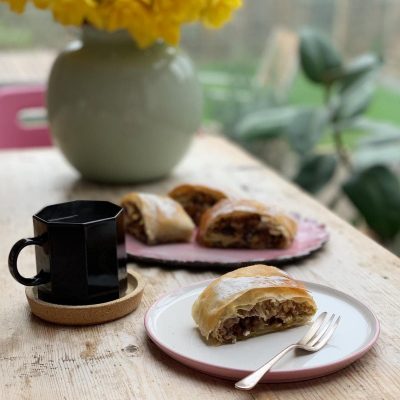 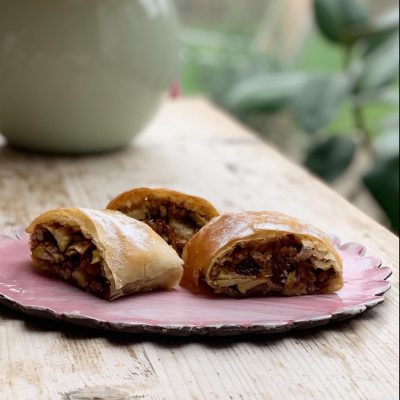 You can bake your own apple strudel using the recipe below and read on to learn about Clara Weingard’s entrepreneurial mother and her confectionaries.

Note, this recipe does contain flour, which is forbidden during Passover, so you might want to save it for a post-festival treat!

This recipe is from Berghoff, adapted by Stephen Kinzer and published on NY Times Cooking. Click here for recipe.

Clara Weingard was born in 1918 in Cornwall Buildings by Cheetham Hill Road and Derby Street.

Her mother Matilda (Tilly) was Romanian and her father born in Austria (Estraich) but came to England at age 2, attending the Derby Street Jewish school. Her mother could speak about five languages and was the daughter of a very wealthy man. Her grandfather divorced her grandmother and sent both grandmother and mother, aged 11, to England where the grandmother remarried within a couple of years.

A few years later Tilly was sent back to Romania to rejoin her father, but he had had another child with a new wife so sent his daughter back to England. On the return journey she travelled with her cousin, who disguised as a girl to escape conscription into the army which was compulsary for any men over 18. This was something her cousin never forget.

Clara’s mother married her father at age 15, and by age 16 she was a mother to her first son. To support her husband and family, she opened up a sweetshop in Cornwall buildings selling sweets, chocolate, cakes, bagels, cheese and big pats of butter. She would also make her own cherry brandy!

Tilly was a marvellous businesswoman with a generous nature. Clara remembers her mother being the most wonderful cook – from baking cheesecake and taigelach (sweet knotted pastry) to strudel unlike anything Clara had ever tasted – sprinkled with nuts, carrots, raisins, coconut and even pieces of Turkish delight! Unfortunately our strudel recipe is a bit simpler and doesn’t include the Turkish delight (but why not give it a try!)

This is just part of Clara’s extraordinary family history. Her story is included in our oral history archives including her struggles with school, learning cooking and house-keeping under Miss Libbett, her radical socialist father and her brother who was deaf and dumb, and an incredibly talented carpenter and joiner.

Clara and her husband Benny’s stories will be included in our new gallery when we reopen this summer. 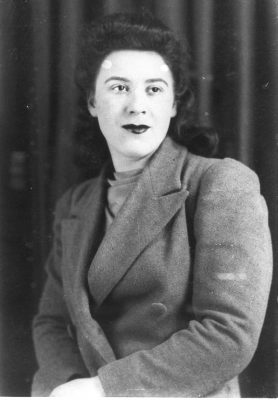