This Saturday is the beginning of Passover which runs this year from sundown on Saturday 27 March to Sunday 4 April.

Passover (also known as Pesach or Pesah) is one of the most celebrated holidays in Jewish culture and marks the liberation of the Jewish people from slavery in Egypt. It’s name refers to the last of the 10 Great Plagues released upon Egypt in which the first-born of the Egyptian families perished but Jewish families were spared and were “passed over” after marking their doorways with lamb’s blood.

The holiday is usually spent at the home with family, with a special meal called a Seder. Family members will gather together to eat foods that remind them of both the hardship of slavery and the sweetness of freedom.

Symbolic foods eaten include matzo, also known as unleavened bread. Unlike traditional bread, matzo is made with ingredients that do not allow it to rise, symbolising the haste in which the Jewish people had to flee Egypt. Other symbolic rituals can include the drinking of four cups of wine at specific intervals and the eating of bitter herbs.

Passover in our Collection

Another tradition is the reading of the Haggadah, a retelling of the story of the exodus from Egypt told over the Seder meal. The Haggadah is sometimes adapted to reflect the particular situation or beliefs of a group of people, for example in the Manchester Jewish Museum Collection we have  a feminist Haggadah, a version created by Manchester Jewish Socialists and one produced in 1938 by the Chief Rabbi’s Religious Emergency Council to rescue Jewish people from persecution in Europe. Some of these Haggadahs will be on display in our new gallery when we reopen. 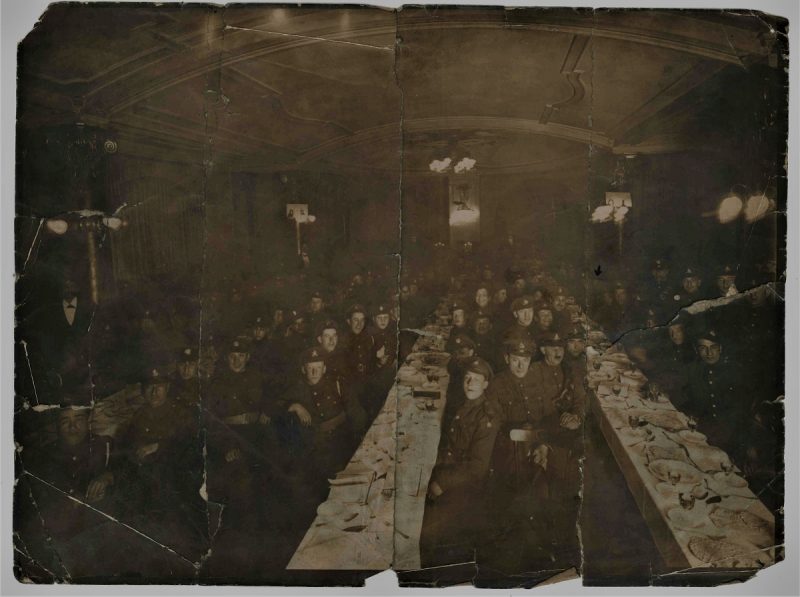 Another piece of Passover history in our collection is this photo of Jewish Service men having a Seder meal during the First World War.  The hand drawn arrow is pointing to Saul David Ash (pictured below) who was called for service to the Manchester Regiment on 8.12.1916 and served throughout the war. You can find out more about Saul and his service through the fantastic website British Jews in the First World War. 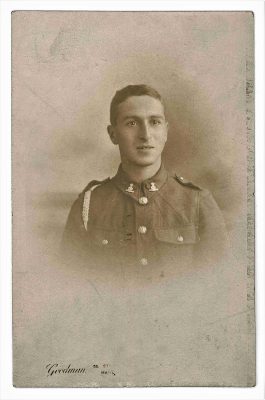 We hope you all enjoy Passover together safely. Chag Pesach Samech.