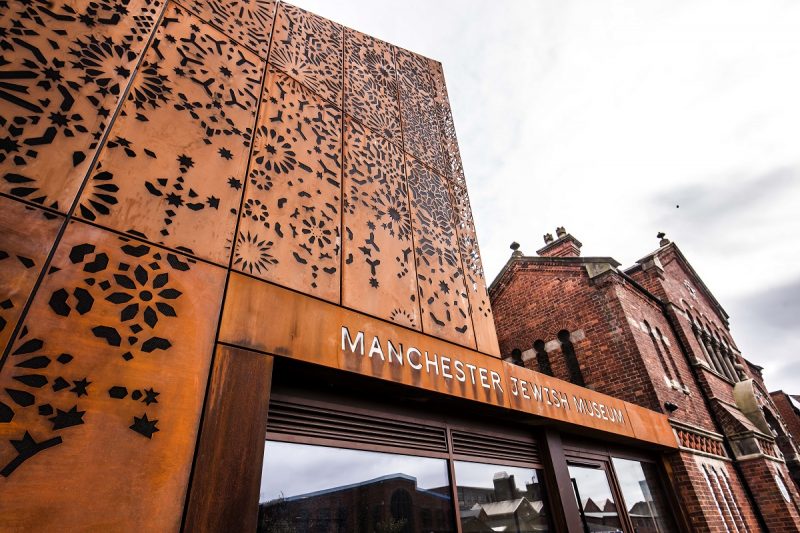 Manchester Jewish  Museum is thrilled to announce it will be reopening its doors from Friday 2nd July 2021 following its major capital development redesign and extension, funded in part by a £3m grant from The National Lottery Heritage Fund. Two years in the making, the brand new museum now features a gallery, café, shop and learning studio and kitchen as well as the stunning restoration of its 1874 Spanish and Portuguese synagogue.

Located in Cheetham Hill, one of the city’s most culturally diverse areas, Manchester Jewish Museum explores and shares Jewish stories of migration, communities and identities to make universal connections and to bring people together. As well as its brand new exhibition space and restored synagogue, the museum will also launch a season of events and activities from the summer.

The museum will house over 31,000 eclectic objects from personal letters and photographs to more unusual items such as a Herring chopper, a Russian washboard used as a cricket bat, an English/Hebrew teapot, a suppository mould and even a ceremonial trowel from 1857. Many of these items will go on display for the very first time in the new gallery, bringing to life forgotten and previously untold personal accounts and experiences of Manchester’s diverse Jewish communities, connecting them to the wider world.

The new museum has been designed by architects Citizens Design Bureau in consultation with the museum’s local communities.. At the heart of the new building is a multi-purpose learning studio and kitchen where schools, community groups and local businesses can explore Jewish culture through baking, cooking, eating and sharing traditional recipes. 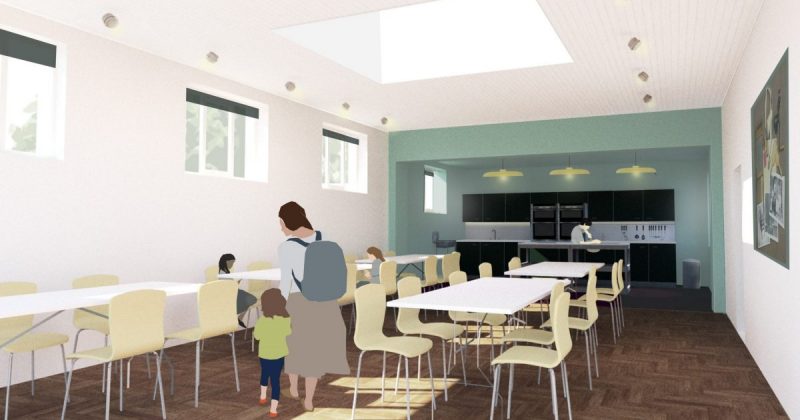 Food will play a crucial role in the new museum. Alongside the gallery and shop will be a brand new café serving locally sourced and kosher style food. Visitors can experience first-hand the tasty delights of a Jewish diet whilst gaining a greater understanding of Jewish dietary laws. The museum’s programme will also include events and activities that celebrate food and its role in Jewish culture.

Described as a “jewel” by architectural historians, Manchester Jewish Museum houses the oldest surviving synagogue in Manchester. Built in 1874, the synagogue is now a Grade II* listed building, and is at the heart of the only Jewish museum outside of London. The synagogue and museum have been closed to the public since 2019 to undergo this major £6m extension, restoration and redevelopment project, with thanks in part to National Lottery players who made possible a £3m grant from The National Lottery Heritage Fund . Historic painters and stained-glass experts are amongst many of the specialist contractors who have spent much of the past two years restoring the synagogue to its former glory so that visitors can experience the historic beauty at its original best. Sustainable features have been carefully and sensitively integrated into both the new and the original museum buildings in order to prolong  longevity and reduce carbon intensity, whilst conserving and honouring its listed status. 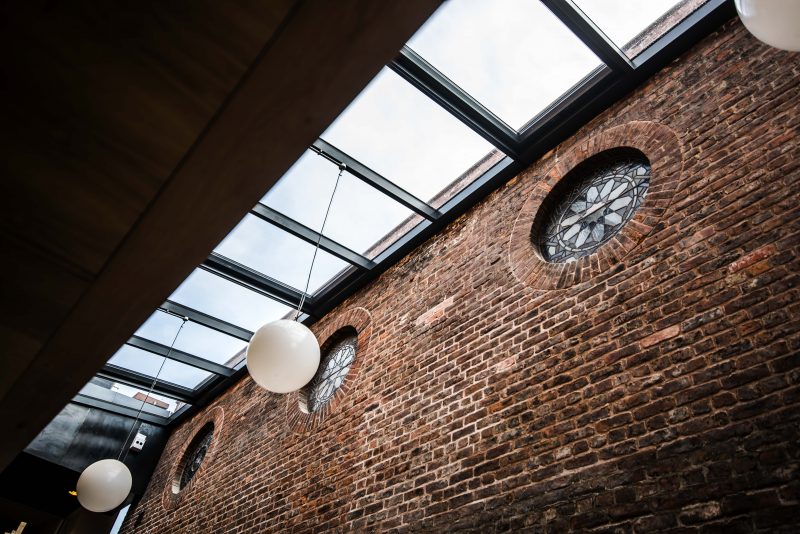 The restored stained glass windows of the synagogue, photo by Chris Payne, 2021

Manchester Jewish Museum is also thrilled to announce it will be opening from Friday 2nd July with an exciting co-commission as part of this year’s Manchester International Festival. The museum and the Festival are collaborating on a brand-new visual arts installation. More details on this world premiere to be announced later this April when the Festival reveals its summer programme.

During the museum’s closure and lockdown, the museum has continued to engage audiences through a pop-up museum in Manchester Central Library and a trailblazer digital season including an online drag quiz and an online dining and storytelling experience. The museum can’t wait to finally welcome visitors back through its doors.

Max Dunbar, CEO of Manchester Jewish Museum, comments: “After years of planning, fundraising and consultations, plus a global pandemic to navigate through, we cannot believe we are finally here, ready to show the city and the world our beautiful museum. We really feel we have something special and unique to share with everyone. Our magnificently restored synagogue is a rare gem and is in itself a living artefact telling the story of Jewish migration from the 1870s. It will sit alongside our contemporary extension, the design of which has been inspired by our synagogue’s stunning Moorish architecture. In addition to a new world-class exhibition space, our extension boasts a café and a learning kitchen where Jewish culture can be experienced and shared through food. On behalf of everyone at the museum, I’d like to thank all the incredible funders, supporters, partners and project team for getting us to this important moment, at a time when a museum designed to bring people together is now needed more than ever”

David Renwick, Director, England, North at The National Lottery Heritage Fund, said: “We are thrilled that, thanks to the National Lottery players, we have been able to support the redesign of this magnificent local landmark, and provide opportunities for people to explore and celebrate Manchester’s rich cultural heritage.”

Manchester Jewish Museum will open seven days a week to the public from Friday 2nd July. Tickets will go on sale for general admission and for the soon to be announced Manchester International Festival collaboration in early May.

Manchester Jewish Museum will be following the latest government guidance to ensure the safety of its visitors against COVID-19 including the potential use of masks, hand sanitiser and social distancing. Admission will be bookable in advance for timed entries with currently limited capacities.