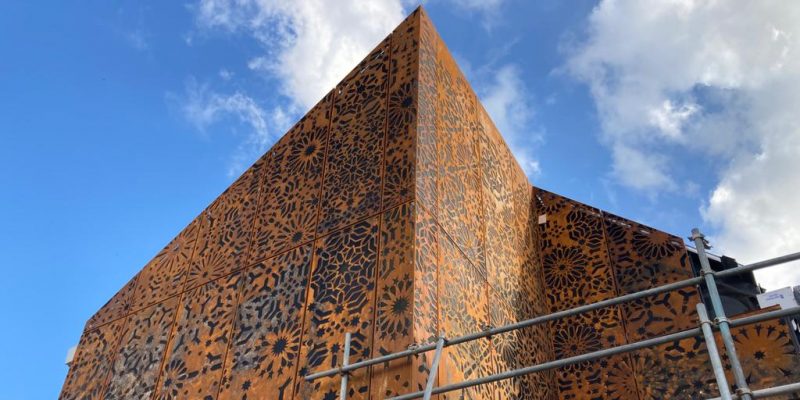 You may have spotted the rust-coloured façade of our new museum extension if you’ve driven down Cheetham Hill Road recently, but what is it? Surely the multi-million pound extension hasn’t rusted before it’s even opened? 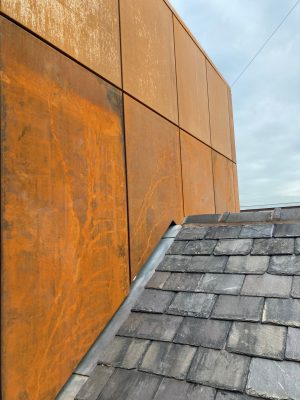 The answer is Corten (also called COR-TEN, aka ‘weathered steel’). This beautiful copper-coloured material is the corrosion resistant cladding on our new extension, etched with intricate and ornate patterns (more information on our designs and their inspiration to come). Designed by our architects, Citizens Design Bureau, the corten beautifully compliments the slate roofing and red brick of our original 1874 synagogue building.

When compared to other steels, corten has a unique chemical composition that means it is resistant to weather conditions like rain, frost, sun and snow. When exposed it forms a protective layer which looks like rust, giving it it’s aesthetic quality, but is actually an ‘oxidation layer’.

But we’re not unique in using Corten. Here are our top 5 Corten buildings in Manchester:

Top of our list has to be our friends at People’s History Museum with their corten clad building located at the edge of Spinningfields. This museum is the home of ‘ideas worth fighting for’, and the only museum in the UK dedicated to the history of British democracy. Photo from Peoples History Museum. 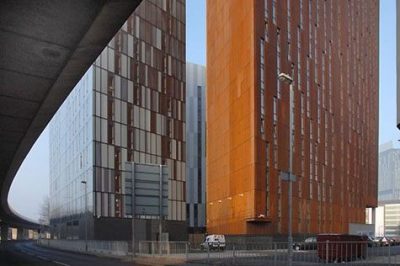 Next on our list has to be Manchester’s first corten building. Parkway Gate, designed by Ian Simpson, is a striking part of Manchester’s skyline with three large student accommodation buildings. Photo by Simon Glyn, 2009. 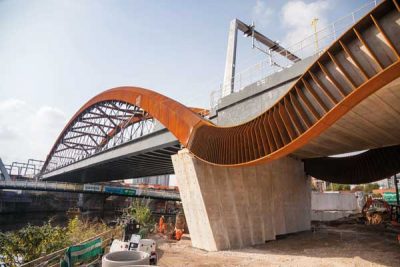 Constructed in 2018, the BDP designed Ordsall Chord spans the River Irwell connecting the twin cities of Manchester and Salford. The undulating corten makes for an underappreciated Manchester landmark. Photo by Matthew Nichol Photography. 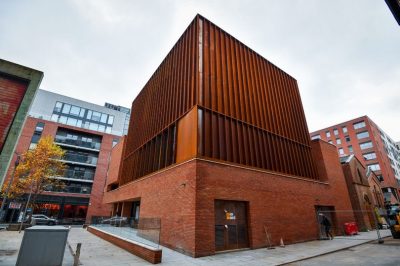 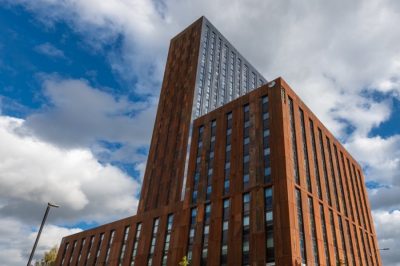 Finally we have River Street Tower, the tallest of Manchester’s Corten structures (and perhaps the most controversial). This student accommodation tower stands at 92 metres (302 feet) high, situated by First Street, just north of the Mancunian Way. Photo from Downing Students.