Join us for an evening of conversation with Booker-winning writer Howard Jacobson, as he publishes his memoir Mother’s Boy in the year of his 80th birthday.

In Mother’s Boy, Booker-Prize winner Howard Jacobson reveals how he became a writer. It is an exploration of belonging and not-belonging, of being an insider and outsider, both English and Jewish.

Jacobson was forty when his first novel was published. In Mother’s Boy he traces the life that brought him there. Born to a working-class family in 1940s Manchester, the great-grandson of Lithuanian and Russian immigrants, Jacobson was raised by his mother, grandmother and aunt Joyce. His father was a regimental tailor, as well as an upholsterer, a market-stall holder, a taxi driver, a balloonist, and a magician.

Full of Jacobson’s trademark humour and infused with bittersweet memories of his parents, this is the story of a writer’s beginnings – as well as the twists and turns that life takes – and of learning to understand who you are before you can become the writer you were meant to be.

Promising to be an evening of warmth, laughter and memories, Howard Jacobson will be in conversation with our very own Manchester Jewish Museum’s curator Alex Cropper.

What You Need to Know

Doors Open from 6pm, and the conversation and Q&A runs from 7 – 8pm, followed by a chance to have your book signed by Howard Jacobson.

We will be reviewing COVID safety precautions before the event and will include guidance in our pre-performance email.

Howard will be in conversation with Manchester Jewish Museum’s curator Alex Cropper. The conversation will be followed by a Question and Answer opportunity and a chance to get your book signed.

Howard Jacobson has written sixteen novels and five works of non-fiction. He won the Bollinger Everyman Wodehouse Award in 2000 for The Mighty Walzer and then again in 2013 for Zoo Time. In 2010 he won the Man Booker Prize for The Finkler Question; he was also shortlisted for the prize in 2014 for J.

Alexandra Cropper has been the curator at Manchester Jewish Museum since 2007. During her time, she has been responsible for the care and development of the museum’s collection. As part of the museum’s redevelopment project, she was responsible for the interpretation of MJM’s new exhibition gallery. Her focus in the future is the creation of a digital platform to celebrate MJM’s incredible collection. Alex has an MA in Heritage Studies from the University of Salford and a BA in History from University of Sheffield. Prior to working at MJM she has held a number of voluntary and paid positions in museums including Manchester Museum, Staircase House in Stockport and Kelham Island Museum in Sheffield. 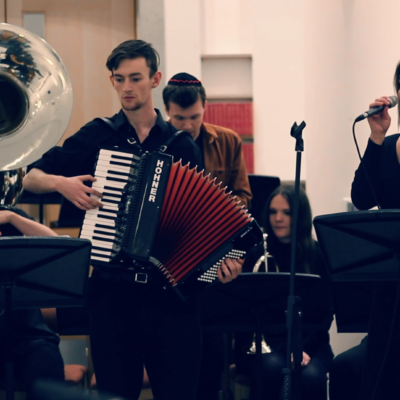 Vessels of Song: Journeys into the worlds of Klezmer

24 Mar 2022 7:00 pm
A concert of klezmer that will take you on a journey across the Old and New Worlds, performed by some of Manchester’s finest klezmorim – a musical flavour for everyone. 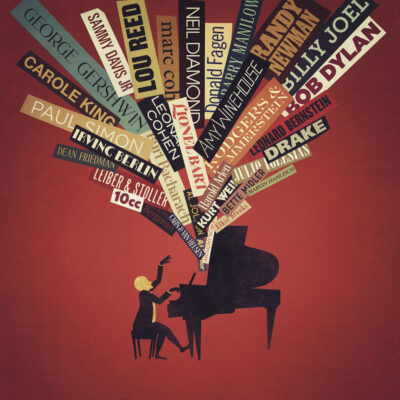 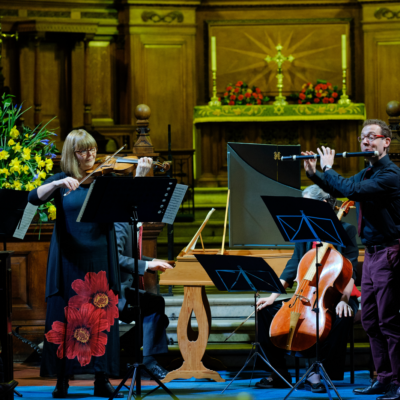 10 Mar 2022 7:00 pm
Join us for an evening of intimate and uplifting eighteenth-century music in the historic setting of our Synagogue, as Manchester Baroque recapture the essence of our past - with a flavour of Jewish cultural history.