TEMPORARY EXHIBITION BY ODD ARTS
How We Belong

How We Belong is a project delivered by Odd Arts exploring themes of Jewish identity, community and belonging through Theatre, Art & Creative Writing.

Join us at Manchester Jewish Museum and see a new temporary exhibition, which explores the diversity within Jewish identity through a cultural, religious and political lens. The aim of this work has been to provide a platform for story-telling about personal experiences, to enable people to celebrate not only their similarities but also their differences in their Jewish Identity, by acknowledging and accepting everyone for who they are, and celebrating all the nuances.

The exhibition at Manchester Jewish Museum consists of poetry and artistic responses to what being Jewish means to participants and what gives them a sense of belonging. 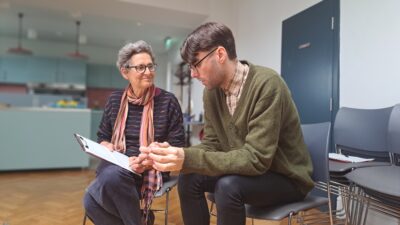 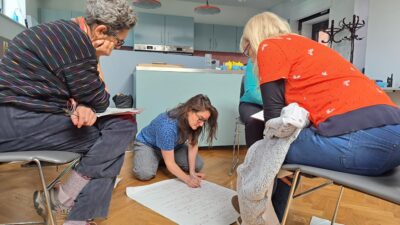 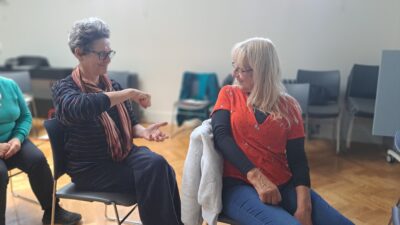 Odd Arts have also been working with other cultural and religious groups in a parallel project. The work created by the other group is currently on display at Longsight Library from Dec 10th (international Human Rights Day) until January 20th.

This project is RADEQUAL funded. The RADEQUAL Campaign in Manchester is aimed at uniting residents from across the city to tackle prejudice, hate and extremism following principles called the three Cs, challenge, connect and champion.

These exhibitions coincide with International Human Rights Day on the 10th December. This year’s IHRD theme is “Dignity, Freedom, and Justice for All” this is based on the UDHR principle “recognition of the inherent dignity and of the equal and inalienable rights of all members of the human family is the foundation of freedom, justice and peace in the world”. #StandUp4HumanRights.

WHAT YOU NEED TO KNOW

The installation will be displayed on the Community Wall in the museum’s gallery and can be enjoyed as part of the museum’s General Admission.