Talk by Rodney Ross
CENTENARY OF THE BOOK OF HONOUR

Included in the General Admission to the museum. If you already have an annual pass, login to your account and choose the free 'Annual Pass' ticket

We Were There Too (WWTT), the online portal that records and commemorates the Jewish contribution to the First World War, is marking the centenary of the publication of a remarkable book, The British Jewry Book of Honour.

First published in 1922, the comprehensive 1000 plus page volume, which contains some 50,000 records of Jews who served in the armed forces during the conflict between 1914-1918 was the result of meticulous research by the Reverend Michael Adler, the senior Jewish Chaplain of the British Army at the time, and the first Jewish chaplain to be posted into a theatre of war. Without today’s technology, Rev Adler manually researched and recorded the information using every source available, including notes from other chaplains. With the support of the National Lottery Heritage Fund, an online version of the Book of Honour can be found on the We Were There Too website: 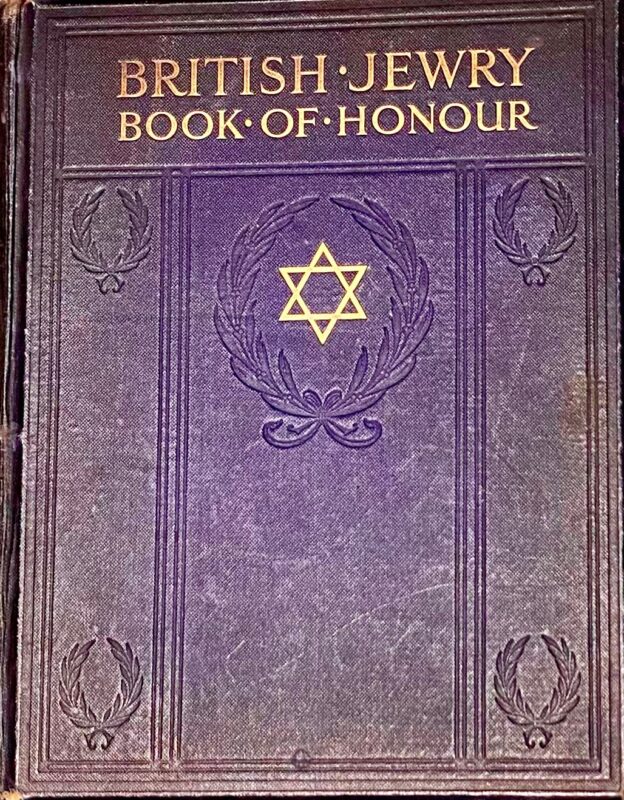 The talk will last 1 hour and take place in the museum’s Learning Studio.

Drinks and food will be available to purchase from the café before and after the talk.

There will be an opportunity to see close up, some objects from Manchester Jewish Museum collection after the talk connected to Jewish stories and the Roll of Honour. You can also have an explore of the museum!